The clear distinction between seasons appears to be becoming a thing of the past, and the arrival of Autumn no longer brings with it a damp chill until we’re well into November. But the shorter days do seem to provoke a nestling, stay-indoors instinct and the need for comfort and beauty comes to the fore.

Both of these elements are at play when we think of our favourite cup; it must fit inside cupped hands to warm us, but we also want to get pleasure from the form itself, its shape and balance. We think the simple and beautiful cups (tall mug and teabowl) from Sheffield-based makers Catherine and Matt West—working as Pottery West—fit the bill. The new colours bring a Japanese feel to the glaze, a softer, warmer palette, that soothes and calms. 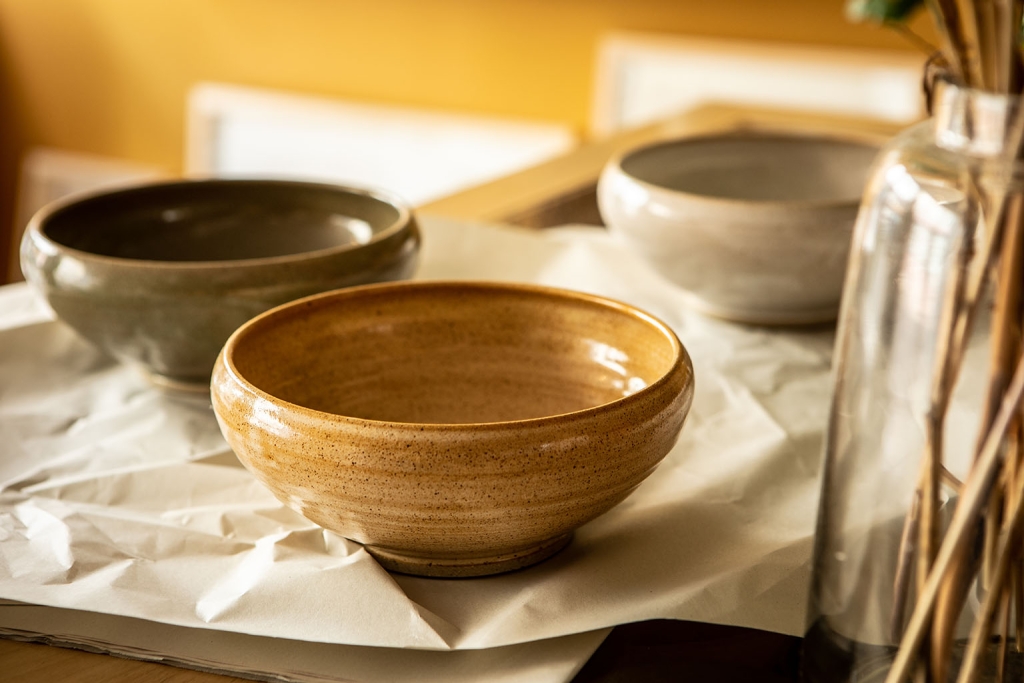 These bowls from Pottery West, also looking great in their new glazes, are available in olive, sand and speckled white. They are made from a pale Cornish stoneware and were originally developed as ramen bowls but are suitable for a range of different foods, from porridge to soups and stews. 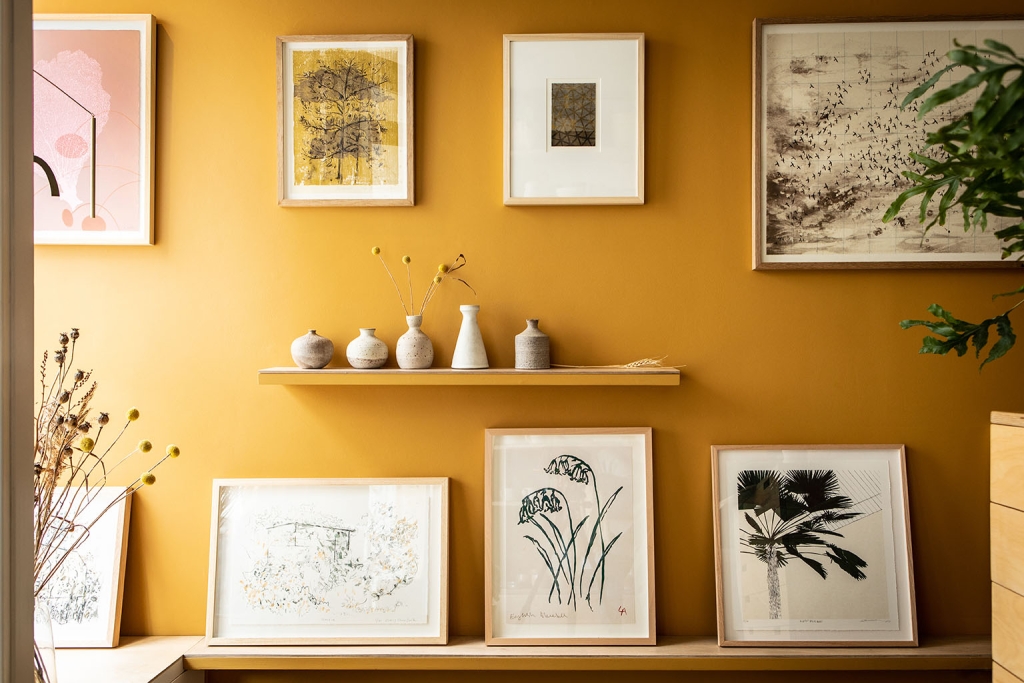 We’ve tried to capture something of the theme of Autumn in our seasonal re-hang on the gallery wall at Frank. Natural structures abound, in particular trees and plant forms.

Mary Claire Smith‘s prints deal with the relationship between the built form and the natural world, between the human-made and the habitat that must be encroached upon and is always in danger of encroaching. Alongside these her series of tree portraits celebrate and dignify her subject matter.

Jo de Pear‘s new woodcuts of Sea Fans—an ongoing series— are one-off monotypes that play with the juxtaposition between muted and bright pops of colour in their rendering of these delicate and unusual creatures.

You can find the new Pottery West ceramic range and Mary Claire Smith‘s work online, alongside selected editions of Jo de Pear‘s prints. A full range is available in store.

Here’s to a cheering Autumn season!

Thanks to Andrew Hayes-Watkins for the photographs.