Whitstable Biennale 2018 features screenings, installations, performances, walks, workshops, talks and events. It is inspired by, and takes as its title, Deborah Levy’s Booker Prize shortlisted novel, Swimming Home, which deals with themes of homecoming and belonging—themes which are mirrored in this year’s festival with its focus on global movement, exile and the instability of language and identity.

We are proud to be a part of the Whitstable Biennale 2018 Satellite with our exhibition, Flow, featuring collaborative work by the ceramicist Lucy Rutter and the photographer Lesley Davies-Evans.

Artists and good friends Lesley Davies-Evans and Lucy Rutter have a history of creative collaboration. A series of conversations in each others’ studios led to a field trip to a nearby disused clay pit. This landscape fascinated Lucy, a potter, for its geological, mineral and earthy possibilities, and Lesley, a photographer, for its strange visual beauty.

A previous field trip to Amsterdam for Lesley had resulted in the development of her beautiful, fluid images, glimpsed through train and coach windows in transit. Her sets of images, when combined, could suggest new spaces and linked compositions as triptychs. Meanwhile, Lucy had been developing her ceramic practice, becoming more and more interested in the textures and colours of unfired or part-fired clay. Documenting and photographing the work as it progressed allowed her to see it in its raw state in greater detail. It was a process that was interesting for both artists: as interesting, in fact, as the final outcome. The fluidity and watery nature of both forms offered a link—and the possibility of collaboration.

A drip-drip process of ideas-integration followed. Lesley took some photographs, and Lucy created new glazes. Lesley, in turn, used the colourful pots as inspiration for more photographs. The composition and form inspired the arrangement of pots on studio shelves.  There began a generous process of sharing new ideas and pieces of work, gifting and also mirroring pieces. The invitation to exhibit work together at Frank, during the Whitstable Biennale, crystallised this process. The ongoing fascination with a shifting, transient, fluidity suggested a theme—Flow.

Lucy Rutter learnt her craft at St Faith’s in Maidstone, Morley College in London, and at the Leach Pottery in St Ives. Since then, she has set up her own studio in Faversham, where she makes wheel-thrown stoneware pottery for kitchen and table use. She prefers a simple, pared-back aesthetic, allowing the throwing marks to show in the final piece. Lucy hand-makes most of her glazes, enjoying the way the colours in the clay freckle through to the surface, affecting its final texture and tone. 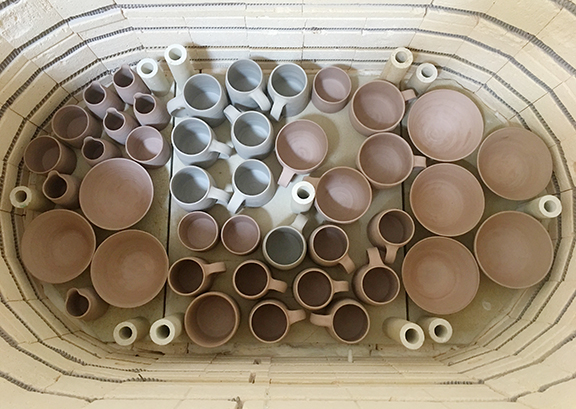 Lesley Davies-Evans has a background as a professional photographer in design and advertising, working for clients such as Honda, VW, The Tate Modern, British Airways and The Observer. Alongside her commercial work, Lesley has always developed a strand of personal fine art photography for sale to private collectors and she has exhibited locally with various artists’ collectives. More recently as a Lecturer in Lens-Based media at UCA, Lesley has taken her studio-based skills out on location, resulting in a transient approach to digital image making whilst on field trips. She likes to play with organising elements of colour, pattern and form in found or created scenes. Sometimes the results are clear and graphic, other times abstracted, blurred or obscured. Having worked with large format film cameras for many years, Lesley’s approach is to use in-camera techniques, although the outcomes often do not appear as straight photographs. 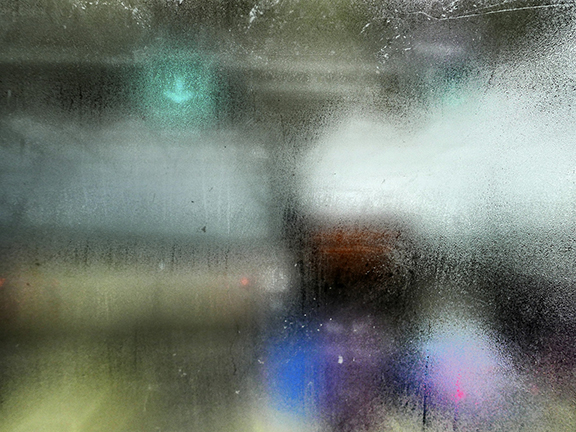 Flow is open daily (except Tuesdays) throughout June. If you would like to attend the Private View on Saturday 2nd June from 18.00–19.30, please contact us to be on the guest list.